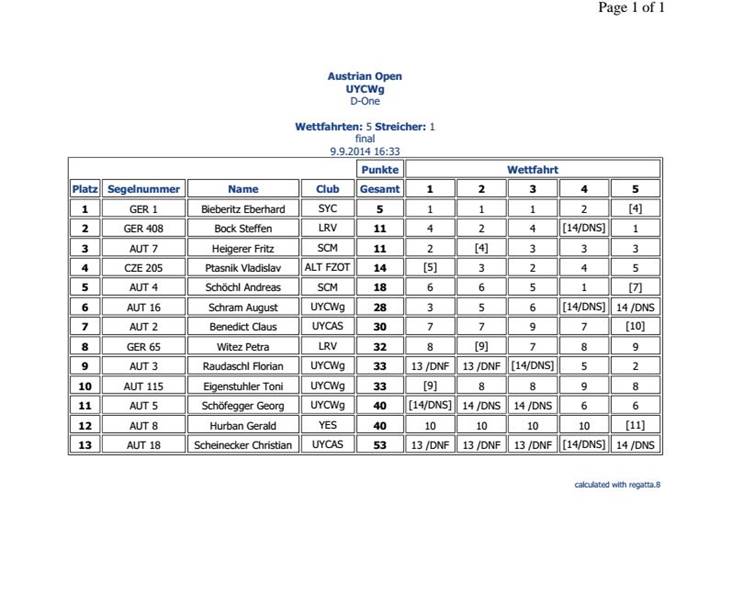 13 boats from 3 countries participated in the regatta and 5 races were sailed in very good conditions.

The atmosphere was really, really good.

On Friday evening we drove from St. Gilgen to St. Wolfgang by using the clubs RIBs. There I greeted the sailors with a web beer before the sailmaker. Then there was a tour of the sailmaker and later we had dinner at a great restaurant.

Saturday night there was another nice dinner at the Yacht Club restaurant.

Several small amendments were proposed by sailors present. These amendments were generally spelling or grammar mistakes, but also amended the Constitution to allow proxy voting to allow a larger sample of the class to vote on matters.

There was discussion on what the ‘majority’ vote should be to allow any rule changes to be passed. Charlie Chandler, GBR, proposed 60%of those that voted as being the minimum majority required to pass any changes. This was seconded by Jon Hammond, GBR. The sailors present voted on this proposed majority, all agreed - AGREED.

The amended Constitution was then proposed by Dave Gorringe, GBR, and seconded by Nick Craig, GBR. When the sailors voted, all were in favour of the proposed Constitution - AGREED.

The Constitution document will be amended to reflect the changes agreed and will be circulated to all sailors and displayed on the new International Class Association website.

The sailors present all agreed with the proposed Honouree Members - AGREED.

The following Class Association Officers were elected by the sailors present:

The price of D One sails was raised by the sailors present at the European Championships at Campione, Garda, earlier in 2013.

It has been reported that North Sails are to raise their prices further for 2014.

There was a long discussion between the sailors present. The following key points were raised:

Following the long discussion the following four proposals were put forward by the sailors:

Option 1 – The class have a set design produced. The manufacturing rights are then let through a competitive tender process. The tender process is re-run at regular intervals to ensure the best value is achieved.

Option 2 – The class moves to completely open rules allowing any sail maker to make a sail to a loose set of rules.

Option 3 – The class moves to multiple sail makers but where the sail makers have to first organise a license or similar with Devoti Sailing and the manufacturing tolerances are minimal.

Option 4 – The class does nothing and remains with the two current manufacturers, North Sails and Hyde.

The class voted on the four proposals above and the results were as follows:

One sailor did not vote for any of the four proposals above. Total sailors present: 27.

The sailors present voted that in principal they would like to see the sails being manufactured by more sail makers, but in a tightly controlled manner.

The technical committee are to report back to the International Class association with their proposed rules by 15 October 2013.

The draft rules will then be circulated to all members of the International Class Association for a vote November/December 2013.

The technical committee consists of the following sailors:

No further business was raised. The meeting was closed. 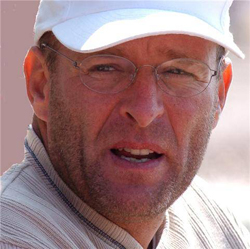 First of all, a Happy New Year and all the best. 2014 is a very important year for our beloved boat, the Class and all D-ONE sailors who year by year are playing a more important role. The D-ONE is a magic boat but the biggest asset of the class are its members, they are truly passionate about the sport, a real group of friends. Somehow, we have to manage to become a really big class, what about 100 D-ONEs racing together? To get there, we need you to join the international association, to support class events at home and abroad, to help develop the class….your input is key to making sure that our rules truly represent what you need to make the D-ONE a lot of fun….

Well, we have an important season in front of us, the Euros in the UK, where the class is growing fast and THE GOLD CUP in Alassio…. see you all there.

Each country has a representative on the international committee and the member for the USA is:TBA

Each country has a representative on the international committee and the member for Poland is:TBA

Each country has a representative on the international committee and the member for Hungary is:TBA

Each country has a representative on the international committee and the member for Germany is:TBA

The Spanish D One class operates through the D One International Association.

Each country has a representative on the international committee. The Spanish committee member for the International Association is The Honorary Secretary.