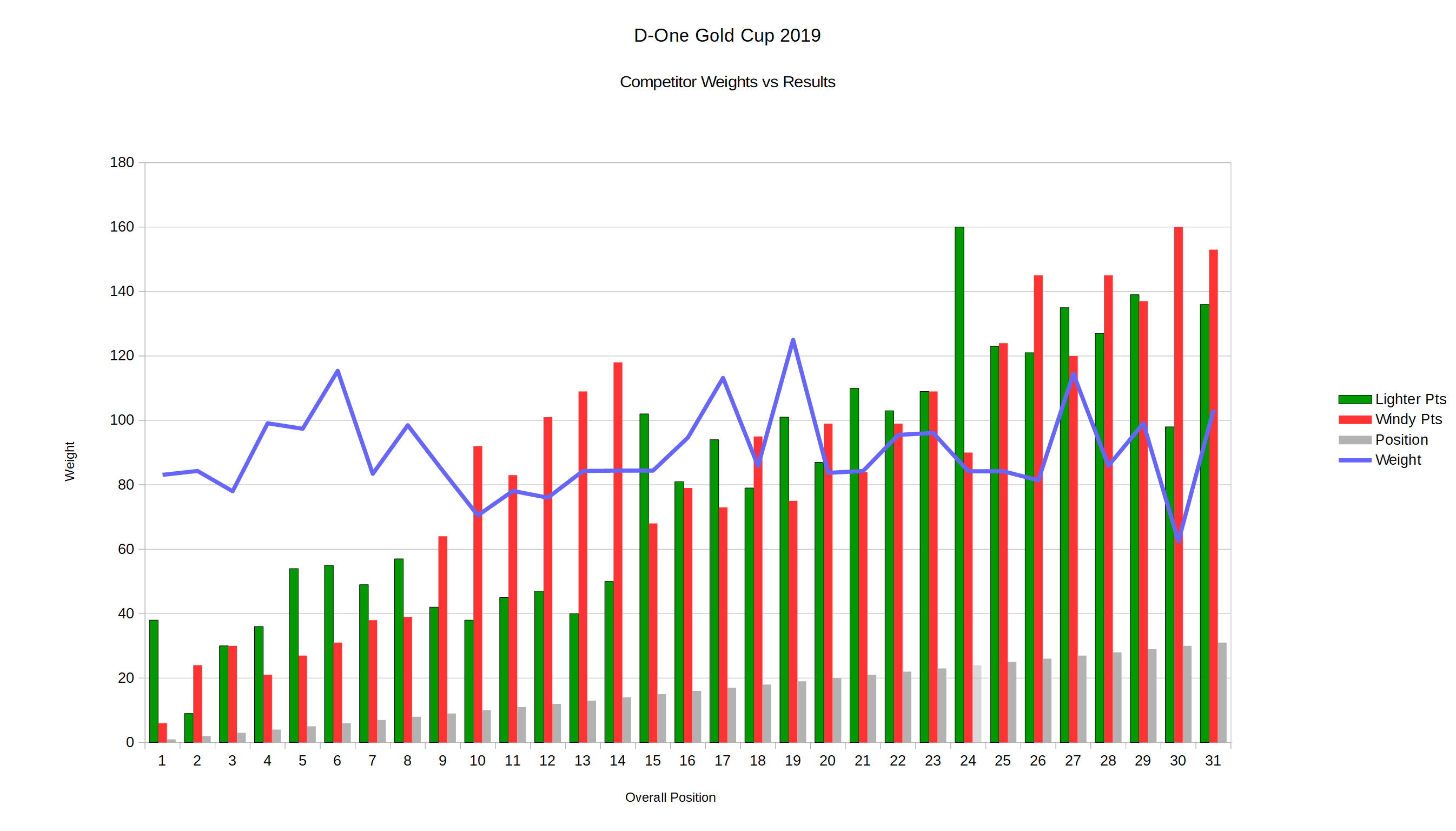 Since the D-One was launched 10 years ago, it has been sailed in a huge variety of conditions, from calm alpine lakes to full-on sea sailing, and by all shapes and sizes of competitor. We are fortunate to have a very wide base of friendly international sailors.

The boat has always had a fairly crude form of weight equalisation, whereby sailors below 86kg are allowed slightly wider wings. As with all classes, there has been occasional discussion as to whether this is adequate. We were fortunate at the Gold Cup this year to have very clearly defined windy and light days, and a full international fleet weighed in for the event. This gave a perfect opportunity to crunch the numbers, as shown in the graph, which reads from first to last place left to right.

As with all previous analyses, the stand-out fact is the wide range of effective weights. The top five ranged from 79kg to 97kg. The lightest competitor was 10th, the heaviest 19th. There is no discernible pattern which could show that results were distributed by weight, or by weight band. So the rest of us just have to accept that the best sailors won, which is hardly a surprise. Congratulations again to Nick Craig and Viktor Teply.

There is some evidence that the heavier sailors did better on the windy days, and the lighter sailors later in the event. This is hardly a surprise either - although some of the heaviest sailors put in top-5 results in the lightest conditiions - but the test is that on average, over a range of conditions, pretty much anyone between 70kg and 125kg can get a decent result. Neither is there any evidence, despite French protestations, that any of the seven nations represented are fundamentally heavier as a result of worse national cuisine than the hosts.

So....the boat carries weight unusually well, the unstayed rig can be depowered to suit even the lightest, and we have some great racing as a result. Do come and join in. See the events list on the website at https://www.d-oneassociation.org/, or contact any of the fleet representatives, or if you want to charter before you buy, contact This email address is being protected from spambots. You need JavaScript enabled to view it.